September, 1940. Three women of the Checquy, the secret organization tasked with protecting Britain from supernatural threats, stand in the sky above London and see German aircraft approach. Forbidden by law to interfere, all they can do is watch as their city is bombed. Until Pamela, the most sensible of them, breaks all the rules and brings down a Nazi bomber with her bare hands. The three resolve to tell no one about it, but they soon learn that a crew member is missing from the downed bomber. Charred corpses are discovered in nearby houses and it becomes apparent that the women have unwittingly unleashed a monster. 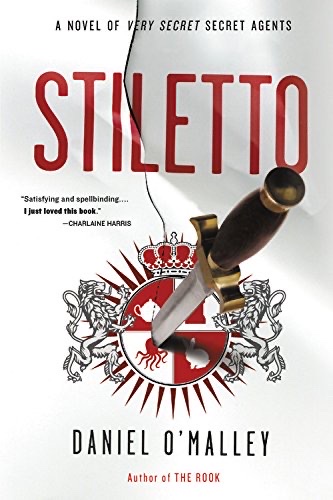 Myfanwy Thomas returns to clinch an alliance between two deadly rivals, and avert an epic – and slimy – supernatural war such as the world has never known.

After years of enmity and bloodshed, two secret organisations with otherworldly abilities must merge, and there is only one person with the fearsome powers – and bureaucratic finesse – to get the job done.

But as bizarre attacks sweep London, threatening to sabotage negotiations, old hatreds flare. Only Myfanwy and two women who detest each other can seek out the culprits before they trigger a devastating otherworldly war.

“The body you are wearing used to be mine.” So begins the letter Myfanwy Thomas is holding when she awakes in a London park surrounded by bodies all wearing latex gloves. With no recollection of who she is, Myfanwy must follow the instructions her former self left behind to discover her identity and track down the agents who want to destroy her.

She soon learns that she is a Rook, a high-ranking member of a secret organization called the Checquy that battles the many supernatural forces at work in Britain. She also discovers that she possesses a rare, potentially deadly supernatural ability of her own.

In her quest to uncover which member of the Checquy betrayed her and why, Myfanwy encounters a person with four bodies, an aristocratic woman who can enter her dreams, a secret training facility where children are transformed into deadly fighters, and a conspiracy more vast than she ever could have imagined.

If you haven’t yet entered the world of The Rook, you can taste a sample, by clicking the following link, and experiencing the first two chapters of The Rook.